Unusual sound, intimate lyrics, melodious music and charismatic appearance certainly make the first impression a person gets when it comes to Irish Stew, the band. This is the thing that connects them, after only a single listen, with the audience of all generations. Their ability to make even a random passer-by dance on their concerts is a guaranty for great fun over and over again. Diversity of the songs, from emotional ballads all the way to up beat punk-rock sound driven by an unusual set of instruments such as violin, tin whistle, and banjo, promises an unforgettable atmosphere at their concerts.

From their first performance in June 2003 until the recording of their first album, Irish Stew had been looking for their own style. A few people and a few different instruments passed through the band until the winning combination at that time was found. Finally, the band's members were Bojan Petrovic (vocals, tin whistle), Nenad Gavrilov (guitar), Ana Mrkobrada (violin), Ivan Djuric (banjo), Aleksandar Gospodinov (bass guitar) and Pavle Medan (drums). Irish Stew changed its members because they were on a search for their musical selves.

At first, the band played covers of famous Irish folk songs, as well as The Pogues' covers, but soon after that the creativity and inspiration for making their own music arouse. This period gave birth to the hit songs such as Why, Puzzle of Life, Stout, McGee's Daughter, that, together with 8 other songs, found their place on Irish Stew's debut album So Many Words (2005). The making of the album was a big step forward for the band, in other words, going up to the next level. Many awards received at numerous demo festivals created great expectations from the band and the album, which were justified and even overcome by the whole edition of the album having been sold out rather quickly - in terms of Serbian marketplace.

Making of the second album has put the standards even higher, having in mind the success of the first album that needed to be justified. During this period, Irish Stew left their authentic signature on the music scene in Serbia. Compared to the first album, the band allowed themselves to experiment with other musical genres, but they still kept the beloved Irish influence and true emotion as their creativity’s essence.

The lining of the band didn’t change much. There were Bojan Petrovic (vocals, tin whistle), Nenad Gavrilov (guitar), Ana Mrkobrada (violin), Ivan Djuric (banjo), Aleksandar Gospodinov (bass guitar) and Marko Krasnic (drums). Album Dare To Dream was released on 2008 and it featured the song Ditch which was, according to many, the best thing brewed by the band until then.

Just before the making of the album New Tomorrow, Marko Jovanovic (drums) and soon after Ana Milanovic (violin) join the band. They brought a new energy with which the band started the making of the album New Tomorrow in the summer of 2010. The album was recorded in the studio Underground (New Belgrade) and it was produced by Marko Jovanovic. This period was marked by the great desire felt by Irish Stew to work and ambition to move forward. The reparations for the recording, recording itself and publishing of the album was taken very seriously, and as a result, we have an album that exceeds standards in every aspect.

The album New Tomorrow was published in two editions: the regular CD, published by One Records, and in the special edition that the band takes great pride in. This special edition was an application available for download and apart from the regular audio content included some additional stuff. During the promotional tour, Irish Stew confirmed their status of one of the currently most active and most exciting bands in Serbia.

The fourth album entitled City Of Grigs came out after 6 long years of waiting as the biggest challenge was to justify the quality standards set with the previous one, New Tomorrow. This time, the band decided to present a mixture of the sound of all previous albums adding the biggest influence of Irish traditional music motives so far. Therefore, City of Grigs is probably the most "traditional" sounding album also including 3 covers of the Irish  songs such as Paddy's Lamentation, Step it out Marry and Down by the Glenside.

Regarding personal changes, Ana Milanovic was replaced by Nemanja Jovanovic on the violin. Also, years of cooperation with One Records finished, and the band became working with a new label, Ammonite Records. 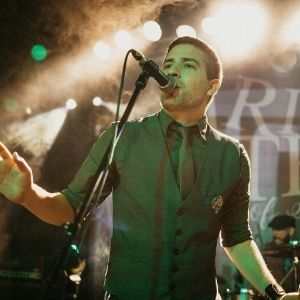 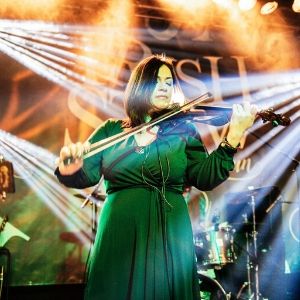 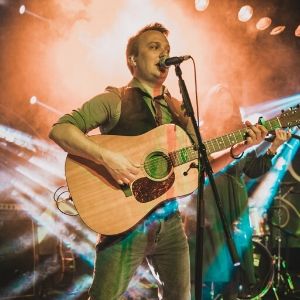 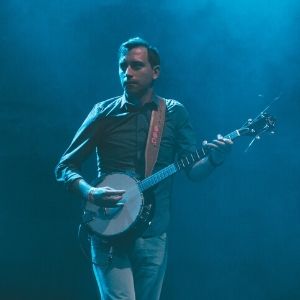 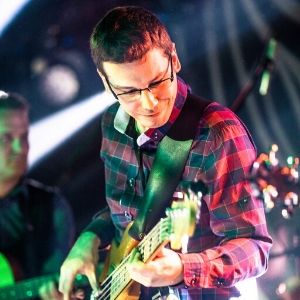 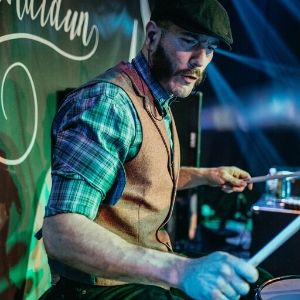